For over 17 years, America One Security has protected the life, property, and assets of those in the entertainment industry, Fortune 500 companies, and government entities. Our team of experts’ experience covers a variety of communities that includes military, law enforcement, the private sector and beyond.

WHY AMERICA ONE SECURITY?

It is our job to protect people, property, and assets. We accomplish this through thoughtful and meticulous planning followed by flawless execution of those plans. Our leadership style is centered on ensuring that each one of our clients is completely satisfied. The keys to this are complete transparency, effective communication, and sustained management. We guarantee that your assets remain safe while providing the highest level of service possible.

We provide 360-degree coverage. This begins with our executives driving the direction of the organization. Next comes our highly intelligent and driven individuals in analytical roles, who focus on the assessment and management of threats while assisting with mission planning. Finally, it all culminates at the operational level, with our individuals managing security operations.

At America One Security, we possess an unmatched combination of analytical aptitude and operational competence—two areas necessary for the successful protection of assets—because you cannot have one without the other. 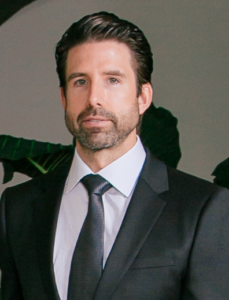 As President of America One Security, Greg oversees all Threat Assessment & Management and Physical Security functions within the firm. His scope of work in the private sector includes extensive experience in director-level security positions as well as several years in executive roles.

Greg began adult life in the Marine Corps, where he served in four operational deployments as a Scout Sniper. Greg was responsible for carrying out countless covert operations behind enemy lines. In addition to leading combat operations, Greg participated in various high-threat security operations, including overseeing maritime security operations for five US Naval Ships as well as securing a presidential palace during the early stages of an insurgency. Greg was also responsible for training various foreign militaries, including the Colombian forces in counterguerrilla operations, the Peruvian military in reconnaissance and surveillance operations, and Republic of Korea Marines in surveillance and target acquisition skillsets.

Greg would later participate in overseas operations in the private military community, where he was responsible for protecting US diplomats and their families. In addition to leading high-threat protective details, Greg was responsible for conducting threat and vulnerability assessments of several embassies and forward-operating bases. The findings from these assessments would go on to help the Regional Security Office in hardening multiple sites and ultimately aid in the development and implementation of life-saving policies and procedures.

After returning the United States, Greg began his corporate security experience as Director of Security for a large enterprise. Greg quickly excelled in this role, developing and implementing an entire global security program. This success allowed Greg to move into his next role as Vice President of Security, where he was able to pioneer a risk management program that evolved around Threat Assessment & Management practices. Greg’s success in risk management combined with his proven leadership ability pushed him into senior management of a private security firm, where he served as Executive Vice President. Greg’s unique combination of tactical analysis and business acumen proved to be an effective recipe for success, allowing him to then move into his current role as President of Stratum Group International.

Greg holds a B.S. from Penn State University and a Master of Business Administration (MBA) from Saint Joseph’s University.

Contact us to inquire about the best security solutions for your needs. We provide security services throughout the state of California.